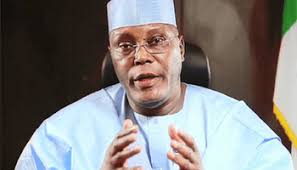 Former Vice President ATIKU ABUBABAKAR has resigned from the ruling All Progressives Congress (APC).
The former Vice President revealed this in a tweet by his media aide PAUL IBE this morning.
He expressed displeasure with the leadership of the party for allegedly sidelining him since the party took over power from the PDP in 2015.
Mr ABUBAKAR contested against the president, MUHAMMED BUHARI alongside three others for the ticket of the APC in 2014.
He lost out in the primary but supported the president at the 2015 presidential campaign
ATIKU, a former member of the PDP, was the Vice to former President OLUSEGUN OBASANJO when Nigeria returned to democracy in 1999 to 2007.