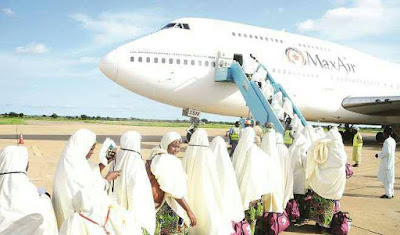 As the airlift of Muslim pilgrims to Saudi Arabia commences today, the Federal Airport Authority of Nigeria (FAAN) has assured that airport facilities are ready for the 2017 Hajj operations.
The Managing Director of the Authority, Engr Saleh Dunoma, gave the assurance after inspecting facilities at the Nnamdi Azikiwe International Airport.
According to Dunoma, the 2017 hajj operations will kick off in Abuja today, with three major carriers; FlyNas Airline, Azman Airline and Max Air, already licensed to airlift pilgrims.
Admonishing pilgrims to get to the airport early to avoid missing their flights, the MD noted that every requirement aimed at ensuring the safety, security and comfort of pilgrims has been met.
The MD expressed confidence that the operations will be successful, as he wished all pilgrims a successful pilgrimage.
Source: Daily Trust