14 days after self-claimed Nigerian highest-paid therapist, Jaruma Hausa promised to give N50million to disqualified Big Brother Naija housemate, Simply Tacha, the CEO of Jaruma Empire has finally broken silence and explained why she withdrew her promise.

WITHIN NIGERIA had earlier reported that Nigeria highest paid sex therapist, Jaruma has gifted her “god daughter” the sum of Fifty Million Naira after she was disqualified from the Big Brother Naija show last night for physical Assault towards fellow housemate, Mercy.

Jaruma who took to her Instagram page to explain why she did not fulfill the N50million promise to Tacha and narrated what transpired between her, Tacha and the management of Tacha.

The CEO of Jaruma Empire narrated how she handed over N1m to Tacha management when she was slammed and embarrassed by Nigerians that she had no clothes to wear for occasions inside the house.

The self-claimed highest paid sex therapist explained how her VIP followers contributed N1million for Simply Tacha to buy clothes. She also narrated the hate, heat and insults she suffered in the hands of Nigerians for supporting Tacha and how disappointed she was when Tacha got disqualified and acted as if she (Jaruma) had done nothing.

See her story as posted on her Instagram handle; 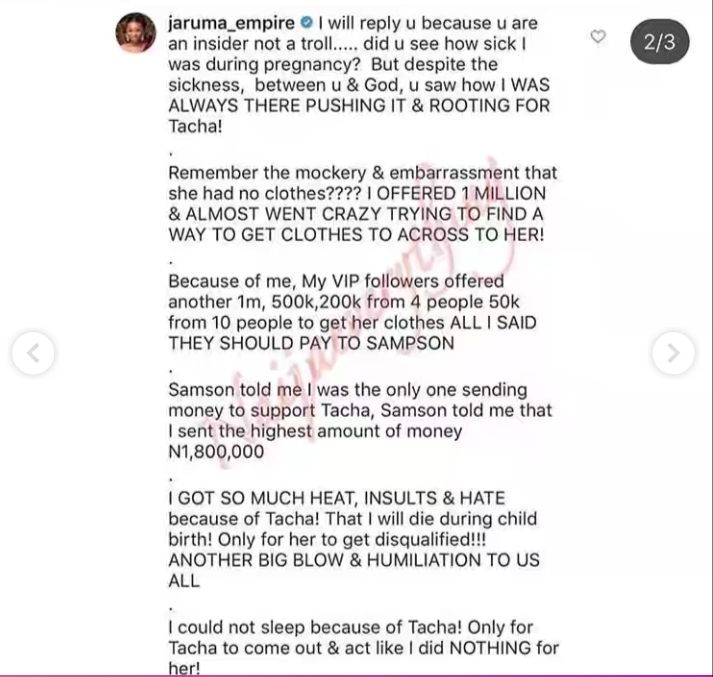 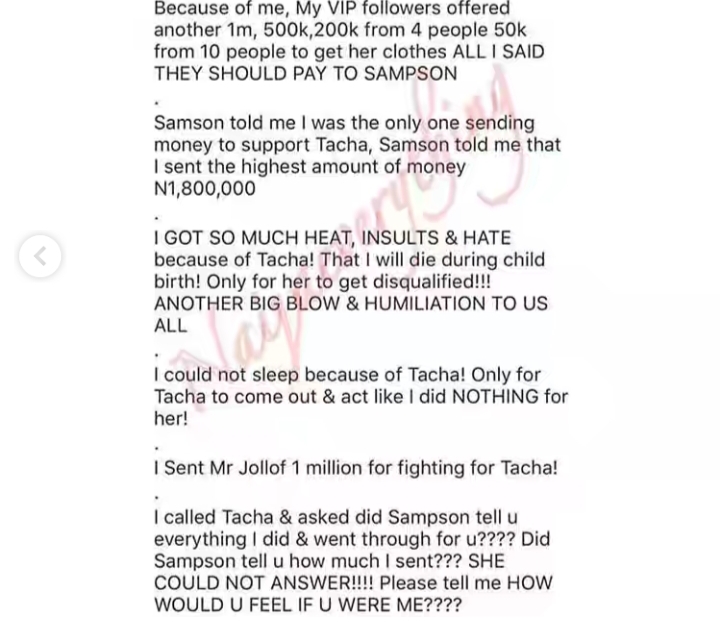