Belgian officials on Monday raised the death toll from last week’s devastating Islamic State suicide attacks on Brussels airport and the metro to 35.
Officials from the government’s crisis centre said 31 people died at the two attack sites and four had died in hospital. Three bombers were also killed. 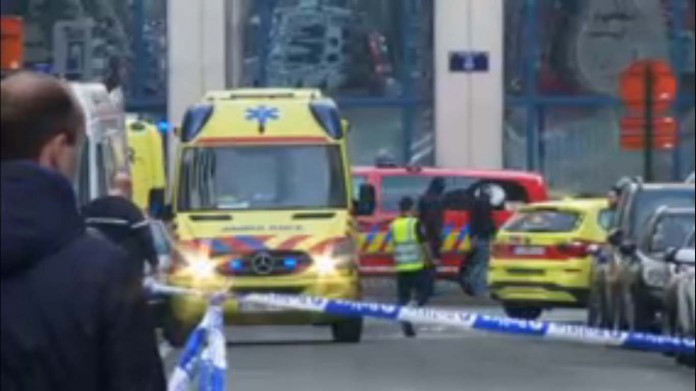 “The prosecutor has figures for the people who died at the scene of the crime… and the health authority is responsible for the people who died in hospital in the hours following the attacks,” Belgian prosecutors’ spokeswoman Ine Van Wymersch told reporters.
Belgian authorities had lowered the toll to 28 at the weekend from 31, before raising it back to 31 on Sunday night.
Health Minister Maggie De Block tweeted: “Four patients deceased in hospital. Medical teams did all possible. Total victims: 35. Courage to all the families.”
Source from AFP