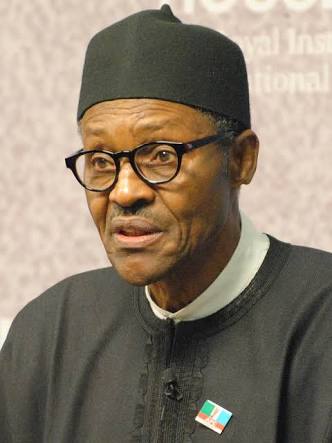 About 81 days after he returned to the country from his medical trip to London, United Kingdom, President Muhammadu Buhari on Thursday finally returned to his main office inside the Presidential Villa, Abuja.
Buhari, who arrived the country on August 19 to a wild jubilation by Nigerians after spending over 100 days abroad, has been operating from an office located inside his official residence and another one located inside the Presidential Banquet Hall.
The Senior Special Assistant to the President on Media and Publicity, Garba Shehu, had said the President’s office needed renovation because of its devastation by rodents during his long period of absence.
“Following the three months period of disuse, rodents have caused a lot of damage to the furniture and the air conditioning units,” he had said, explaining that it was impossible for the President to operate from the office in that condition.
Although he said he could not tell when the renovation would be completed, the presidential spokesperson had stated that the maintenance company had been asked to speed up its pace of work.
Our correspondent reported that Buhari on Thursday entered the office for the first time since he returned to the country.
The President inaugurated the Armed Forces Council inside one of the halls located inside the main office.
He then proceeded to preside over a meeting of the council.
The President’s Personal Assistant on New Media, Bashir Ahmad, confirmed the resumption on his Twitter handle, @BashirAhmad.
While responding to a media report published earlier in the day indicating that the President had yet to resume at his office, Ahmad wrote, “And, President @MBuhari is currently presiding over an Armed Forces Council meeting in this particular office you’re talking about.”
While Buhari was still operating from his residence and the Presidential Banquet Hall,  the Special Adviser to the President on Media and Publicity, Mr. Femi Adesina, had said where Buhari was operating from were also offices.
Adesina said the most important thing was that the President was working.
“Office na office. He (the President ) uses one now, and the work goes on,” he had simply said.