Home News Dino Melaye Might Be Arrested Soon (Read Why)

Senator Dino Melaye, who finally on 30 November lost his bid to return to the Senate, beaten by his arch rival, Smart Adeyemi of the All Progressives Congress.

In his political career, the ousted senator with one million followers on Twitter, uses social media as a weapon, fighting political adversaries, especially Governor Yahaya Bello. 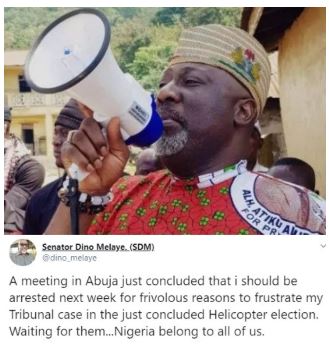