Officials said Mr Guelleh won 87% of Friday’s vote, which activists complained was preceded by political repression and curbs on basic freedoms.
Mr Guelleh, in power since 1999, begins a fourth five-year term in power.
He faced five rivals in the election, but three opposition parties boycotted the poll.
The opposition complain of police brutality and media bias under Mr Guelleh’s rule.
“The people of Djibouti have again entrusted me with the state’s highest office,” Mr Guelleh, 68, said in a speech on national TV. 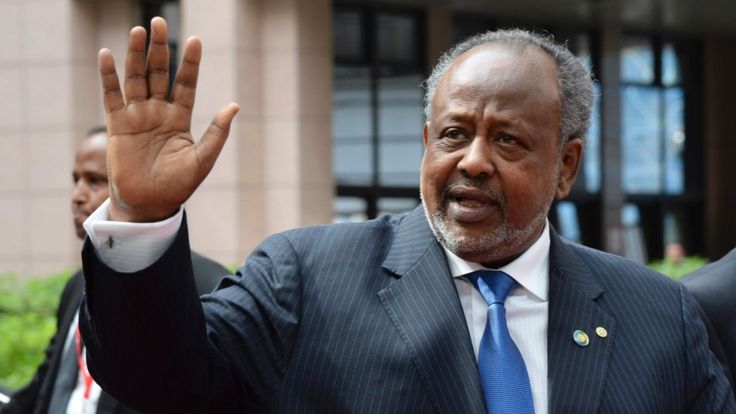 Djibouti’s strategic position on the Gulf of Aden means that it is home to US and French military bases.
The country is also seen as relatively stable in a region which includes Somalia, where the government does not control the whole country, and Yemen, where there is a civil war.
Observers say this explains the muted criticism of President Guelleh from the West.
Some 180,000 people were eligible to vote, around a fourth of the population.
The opposition were angry that the president rescinded his earlier decision not to seek another term.
His main rival, representing the opposition Union for National Salvation (USN) coalition, was Omar Elmi Kaireh, a Djibouti independence hero.
He came second, with 7%, according to provisional results announced by Interior Minister Hassan Omar.