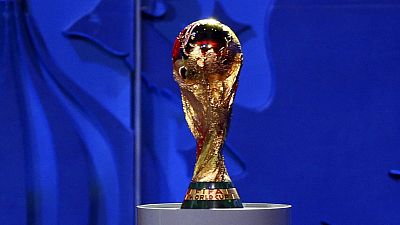 FIFA’s Director of Competition, Colin Smith said they are happy with the progress on the stadium.
He said it will be a fantastic stadium when filled to capacity for the Confederation Cup. He reiterated that work on the stadium is a challenge due to its location.
The Confederations Cup is a tournament which is held a year before a World Cup, using some of the World Cup venues and acting as a rehearsal for the bigger tournament.
St Petersburg Vice Governor Igor Albin said all would be in place to hold test events at the stadium.
“As the governor Georgy Sergeyevich Poltavchenko promised, in September we will be able to hold our first test match in the Zenit Arena stadium. All the work will be completed in autumn this year,” he said.
Russia’s Sport’s Minister linked the delay of work on the 69,000-seater stadium to financial challenges involving contractors.
The end of construction had previously been set for May, with the stadium due to be ready by the end of the year.
Work on the site started in 2006, and the arena was planned to open in 2008 before it was hit by frequent delays, cost rises, design changes and accusations of mismanagement.