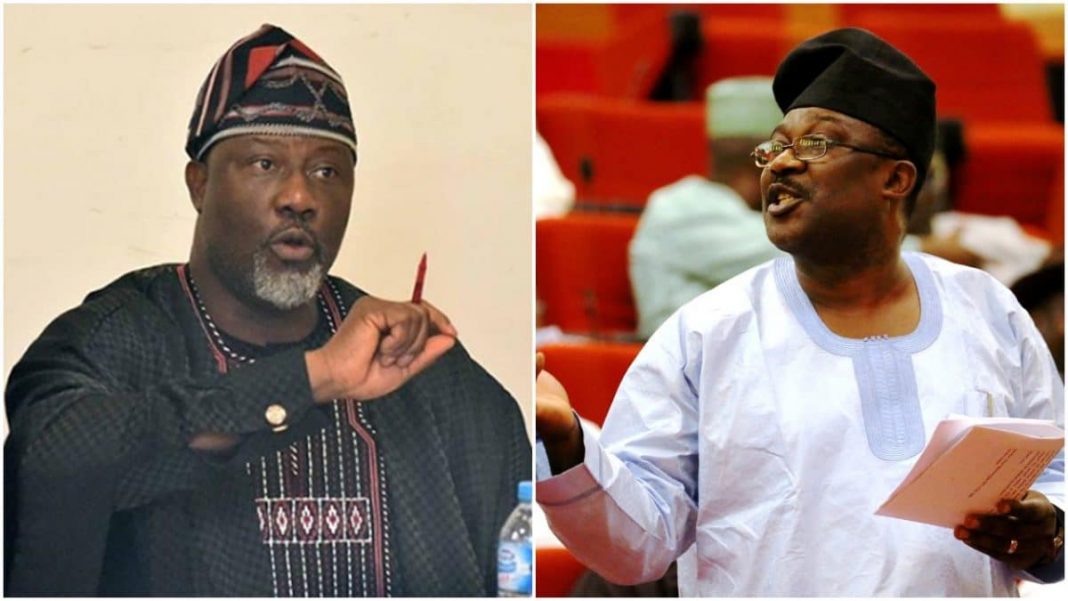 The senatorial election which was held last Saturday, November 16, 20019, was been contested by twenty-four candidate with Melaye and Smart Adeyemi of the APC leading as the major candidates.

ELIOLOADED also reports that the election was marred by violence and ballot box snatching.

Announcing results, the returning officer of the election, Olayinde Lawal, said the margin between the two leading candidates is lesser than the cancelled votes.

He said 43,127 votes were cancelled across the seven LGAs where the election held.

In a statement by its National Publicity Secretary, Lanre Issa-Onilu, the APC said Kogi electorate resisted and frustrated Dino Melaye and the PDP’s plan to rig the rerun election for the Senatorial seat.

According to the APC, “The PDP has predictably gone to town with the usual lamentations on the forthcoming supplementary election. The PDP has even threatened to boycott the election. Who is fooling who?

“Nobody is fooled by the PDP’s statement boycotting the supplementary election. The All Progressives Congress (APC) will not drop its guard in our quest to get a clear majority of the remaining votes in the affected units.

”Why should the supplementary election be cancelled as being demanded by the PDP? Is it because the PDP has already lost the election?

“As the wide margin of valid votes from the November 16 exercise show, it is clear that Dino Melaye and the PDP have lost the election. PDP’s doomsday will surely not be postponed a second time. Come November 30, the APC candidate, Senator Smart Adeyemi will reclaim his earlier stolen mandate.

“How many times does the PDP need to be reminded that APC has not and will not copy the PDP’s inglorious tactics of using state institutions, particularly INEC, the judiciary and security agencies to manipulate the electioneering process?”

“Commendably, those days are gone as the Nigerian electorate have thrown out the unpatriotic and sabotaging legislators.

“The National Assembly and the executive now enjoy a cordial relationship that ensures good governance and brings dividends to the people,” APC added.