An aide to President Muhammadu Buhari has derided Mr. Dino Melaye for his loss at the rerun election of the Kogi West Senatorial District which held on Saturday.

After the election which held in selected wards, Mr. Smart Adeyemi polled a total of 88,373 votes, while Melaye polled 62,133 votes.

The President’s aide, Lauretta Onochie, seems to be toeing the footsteps of the National Chairman of the All Progressives Congress, Adams Oshiomhole, who, in the aftermath of the election, had jeered, “As it stands today, the broom has swept away the entire 16 Senators, Dino being the last, who tried to destabilise our democracy for their personal interest, jettisoning the interest of the electorate.”

Taking to her verified Twitter handle @Laurestar in the aftermath of the results’ announcement, Ms Onochie had tweeted:

Contrary to their wishes, @MBuhari is still very much alive.
He’s still the leader of our great nation.
Dino Melaye on the other hand, is now an ExSenator going by d results coming from Kogi West.

He can now face his acting career & his pending criminal charges. #SaiBabaBuhari 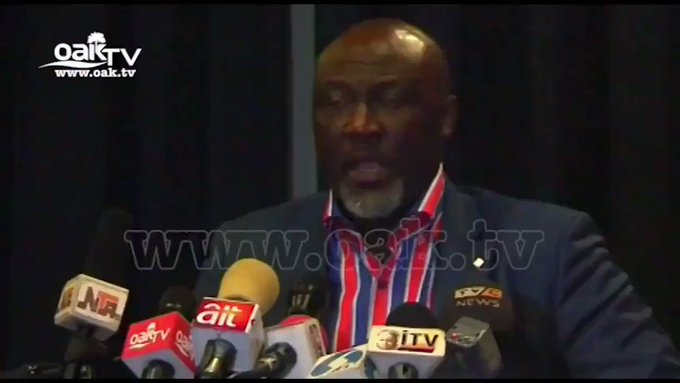 Melaye, who describes himself as “Unapologetic Carpet Crosser” on his Twitter handle @DinoMeIaye, has vowed to approach the courts for redress.

He said, “What we have as result is fraud… a major fraud. The November 16 election was a fraud that would not stand.”