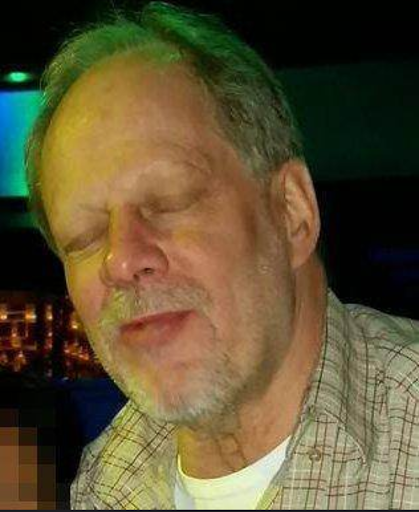 Stephen Paddock murdered at least 50 people and left 406 injured in the deadliest mass shooting in U.S. history
Stephen Paddock who killed at least 50 people at a Las Vegas concert has killed himself.
50 people were killed and more than 400 others were injured after the gunman opened fire on an outdoor concert in Las Vegas in the worst mass shooting in modern US history.
According to Metro UK, the gunman, perched on the 32nd floor of the Mandalay Bay Hotel and Casino on Las Vegas Strip, opened fire on concert-goers at the Route 91 Harvest Festival during a set by country music star Jason Aldean, sparking panic among thousands of people who screamed and ran for their lives.
Swat teams quickly descended on the concert and the casino, and officers used explosives to get into the hotel room and confront the suspect. The gunman, who killed himself at the scene, was identified as Las Vegas resident Stephen Paddock.
He was found to have at least 10 guns on him at the time and had been staying at the hotel since September 28. A motive is not immediately clear.
People assist a wounded woman at the Tropicana during the active shooter situation (Chase Stevens/Las Vegas Review-Journal via AP)
US president Donald Trump extended his ‘warmest condolences’ to the victims.
His brother Eric Paddock told Mail Online from his Orlando, Florida, home that the family was ‘dumbfounded’ by what happened.
He told the website: ‘He was just a guy. Something happened, he snapped or something.’
US records show Paddock lived in a three-year-old, 396,000-dollar (£297,554) two-bedroom home in the tiny desert community of Mesquite, 80 miles north east of Las Vegas, near the Arizona state border.
The house is currently being searched by detectives, Clark County sheriff Joseph Lombardo told reporters. Paddock is believed to have killed himself before a police SWAT team burst into his room at the Mandalay Bay Hotel and Casino, where at least 10 ‘rifles’ were found, he added.