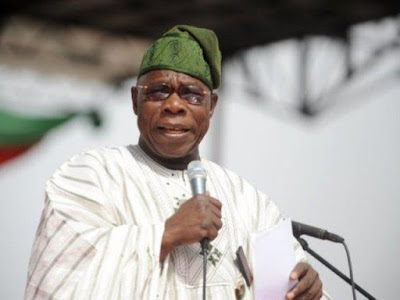 Olusegun Obasanjo, spoke at a public presentation of a book written by Prof. Mark Nwagwu, titled, ‘I am Kagara, I Weave the Sands of Sahara,’ in Ibadan, the Oyo State capital.
He also called on the Federal Government to respect the agreement it signed with the Academic Staff Union of Universities, saying that the Federal Government put itself in a corner by entering into the agreement without full consultation.
He said, “Government allows itself to be stampeded into signing agreement particularly when one group or the other withdraws it services and goes on strike. After the agreement has been signed, without full consultation within government, implementation becomes an issue.
“But an agreement is an agreement whoever the agent is that signed that agreement on your behalf, you are bound by it. You may now have to renegotiate to have a new agreement but the agreement earlier signed remains an agreement.
“When the university teachers go on strike, there is an agreement; and when doctors go on strike, there will be a special agreement. And when the universities teachers see that the agreement reached with the doctors is different from theirs, they go on strike and this is bad for our economy.
“The way we are going about spending all our revenue to pay overheads, we will not develop. And we will have ourselves to blame. Ninety per cent of revenue is used to pay overheads, allowances, salaries and not much is left for capital development. In a situation like that, we have to rethink.
“It is even worse for the National Assembly. They will abuse me again but I will never stop talking about them. They are a bunch of unarmed robbers.
“They are one of the highest paid in the world where we have 75 per cent of our people living in abject poverty. They will abuse me tomorrow and if they don’t, maybe they are sleeping. The behaviour and character of the National Assembly should be condemned and roundly condemned.”
At the event, a former Minister of Education, Mrs. Oby Ezekwesili, called for positive attitudinal changes for national development.
She said the book would serve as a tool for the country to examine the extent to which it had lost her values and culture.