Home News Fastest Trains In Africa Set To Be Shipped To Nigeria After... 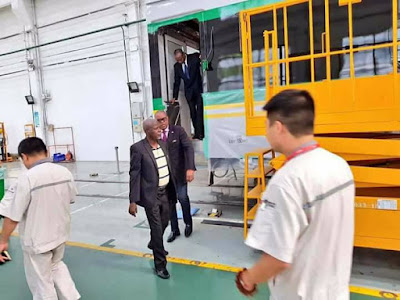 These 10 standard-gauge trains were ordered by Nigerian Railway Corporation (NRC) in May this year. They have adopted Chinese standards, and will be the fastest trains running in Africa, with a design speed of 160 km/h. Operation speed could be as high as 150 km/h.

Lagos Senator, Senator Gbenga Ashafa was among the Ministerial Delegation that inspected some of the rail coaches expected in Nigeria by the N R C (next quarter), in Nanjing, China on September 12.

Gbenga Ashafa, chairman of the Nigerian Senate Committee on Land Transport, believes that the Chinese trains will definitely improve the railway development of the country. He said Nigeria is a fertile land open to foreign direct investments with a high return rate.
According to the CRRC Nanjing Puzhen, it is the second order placed by the NRC. The first of five trains was ordered in 2015 and delivered in 2016.
CRRC Nanjing Puzhen has finished 10 orders for six African countries so far, including Nigeria, Sudan, Cameron, and Kenya. 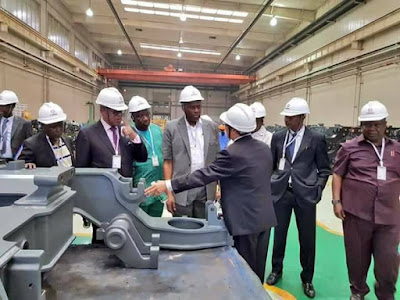 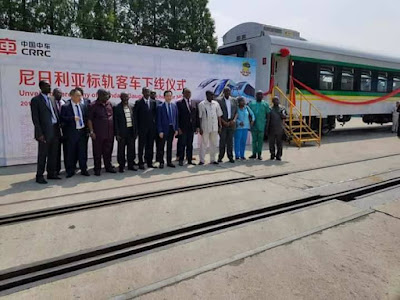