Real Madrid host Wolfsburg trailing 2-0 from last week’s quarter-final first leg.
With Karim Benzema fit again, Real coach Zinedine Zidane has urged his side to be patient in their attempts at a comeback at the Bernabeu. 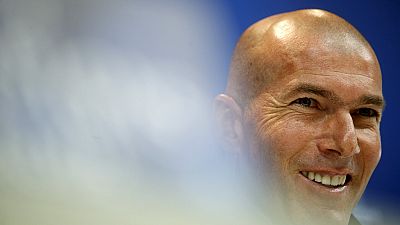 “I totally agree. We all want a Champions League as exciting as this one. The players and I want to come back and it is going to be a lot more beautiful to win after a difficult situation. That is when you have to make the difference,” Zidane said.
The Real players have cranked up the atmosphere before the match at the Bernabeu with defender Dani Carvajal saying it would be like a war but Wolfsburg players say they are ready to give their best in order to qualify for the Champions League semi-finals at the expense of Spanish giants Real Madrid.