According to reports, the suspected ritualists who specialize in abducting passersby along the road, were apprehended after a failed attempt to abduct a street sweeper.

The cry for help from the street sweeper attracted residents of the area and area boys who came to her rescue. One of the suspected ritualists on sighting them attempted to flee but was given a hot chase by the area boys and was apprehended.

Five other suspected ritualists were apprehended and brought out. The timely intervention of the police prevented them from being lynched. 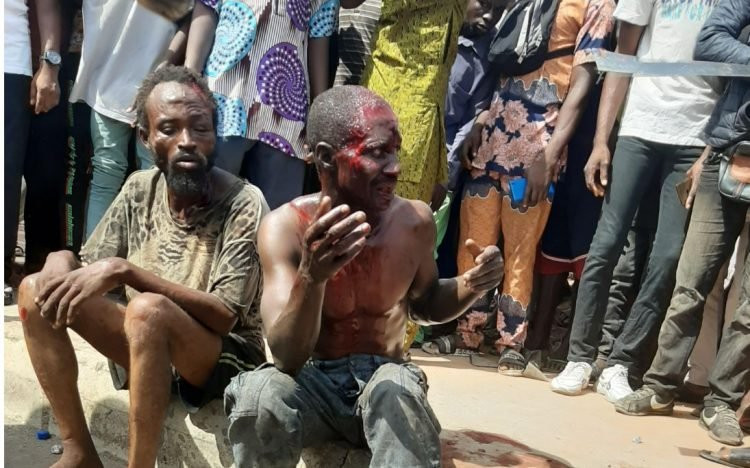