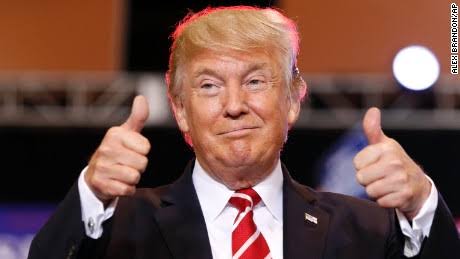 A Twitter employee, on his last day at the job, deactivated the account of Donald Trump on the social network.
The Twitterverse was Trump-free for several minutes, and the internet exploded with various kinds of reactions to what happened.
Twitter Account Of Trump Taken Down
For 11 minutes, Twitter users who searched for Trump’s account were met with the familiar page that shows up when you look for an account that doesn’t exist.
Twitter in September reiterated that it will not be taking down Trump’s account, and a change of mind for the social network after just over a month was not likely. After Trump’s Twitter account returned, details on what happened started to surface.
The first details from the official Twitter Government account made the incident look like an accident. That was not a big deal, as there have been other cases wherein human error affected the internet. Twitter even once mistakenly banned the account of its CEO, Jack Dorsey. The Twitter Government’s next tweet on the matter, however, painted things in a new light.
Suddenly, this unnamed Twitter employee became an internet hero after executing a plan to shut down Trump’s account on the social network. The President’s account was only offline for several minutes, but it was enough to make the internet go crazy.
Twitter’s Reactions To Suspended Trump Account
The ex-Twitter employee-turned-internet hero is still unidentified, but whoever he is, it is clear that there are a lot of people who want to thank him for what he did.
The suspension of Trump’s account for 11 minutes actually didn’t do much. However, for the President’s critics who have long called for Trump to be banned from the service, it is a small victory in a world that badly needs more of such things.