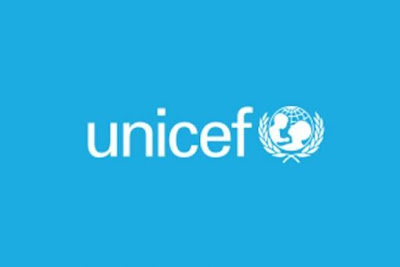 UNICEF has initiated a radio education programme in the Lake Chad basin as part of efforts to support the 1.3 million children displaced by the activities of Boko Haram.
Marie-Pierre Poirier, UNICEF’s Regional Director for West and Central Africa said: “This crisis has unique challenges, so we are developing unique solutions.
“With many hundreds of schools still closed, and children exposed to numerous risks, we developed a radio education regional prototype that will keep children in a positive education routine.
“This is the first step, and the Governments have pro-actively engaged to make this available for children in this crisis.”
The 144 episodes of educational programming on literacy and numeracy, life-saving and other child protection messages will be broadcast in French and three local languages, namely: Kanuri, Fulfulde and Hausa.
The radio education programmes offer an alternative platform for the 200,000 children in crisis affected areas who are unable to access schools in the Far North of Cameroon and in the Diffa region of Niger.
Education has been at the centre of the conflict since it began in 2009, UNICEF said adding Boko Haram has sought to ban education and has targeted teachers and schools in attacks.
The EU-supported Education in Emergencies initiative has equipped UNICEF to enhance a protective environment for children in schools and communities affected by the crisis.
This has included expanding education programs to areas where schools remain closed either because they have been destroyed or because of fear of further attacks, UNICEF noted.
The UN agency added that the radio programmes have the potential to reach children in areas that remain inaccessible for humanitarian assistance and other out-of-school children.
With support from the EU, UNICEF and the Governments of Cameroon and Niger have developed a radio education program for children impacted by the conflict, UNICEF said.
“The broadcasts are supported by community outreach efforts to ensure adults allow children to listen to existing radios and facilitate guided listening. UNICEF and the Governments are engaging radio listening groups in communities to help children get the most out of the broadcasts.
Yvan Hildebrand, Head, EU Civil Protection and Humanitarian Aid (ECHO) in Cameroon, said “radio education helps us reach the children who are out of school as a result of the conflict.
“We’ve worked with UNICEF to develop a high quality interim solution that will help hundreds of thousands children engage in an educational routine.
“We are very proud of the positive role the EU is playing in this crisis and I am sure that all Europeans can see the value of this investment in children”.
Beyond radio programming, Education in Emergencies will reach 159,000 children with a range of support including child protection services and risk informed learning programmes adapted for the needs of children living in crisis affected areas in Niger, Chad, Cameroon and Nigeria.
“This radio platform has potential for even larger numbers of out-of-school children in Niger, Cameroon and in the region.
“Being on air with a program ‘validated’ by the Government is the first important step for the continuation of learning in emergencies and the protection of children who are not in school.
“In the very near future, we hope that children who learn by radio will also receive a certification and pass the school year,” Poirier said.
In spite of the achievements of this project, the needs of children in the Lake Chad basin remain dire while ongoing conflict and security concerns have hampered the humanitarian response.

UNICEF has called for 38.5 million dollars to meet the education needs of children in the crisis and this appeal has received 19.6 million dollars, just 50 per cent of the amount required