Operatives of the Department of State Services (DSS) on Tuesday, fired tear gas to disperse protesters who had stormed its office to demand the release of Omoyele Sowore.

The protesters, led by activist Deji Adeyanju had stormed the Abuja office of the secret police to demand the immediate release of Sowore.

It will be recalled that Sowore’s lawyer, Femi Falana (SAN), on Wednesday last week, disclosed that Sowore and his co-defendant, Olawale Bakare, have met their bailconditions.

The human rights lawyer further stated that the defendants who are on charges of a treasonable felony would be released on Wednesday.

However, the Department of State Services has so far failed to release them despite receiving court orders on their release after meeting bail conditions.

The non-release of Sowore and Bakare has now prompted some concerned individuals to stage a protest to the DSS office on Tuesday.

ELIOLOADED reports the protesters, however, met stiff resistance from operatives of the secret police. As at the time of filing this report, the DSS operatives were trying to break up the protesters.

See videos from the protest below: 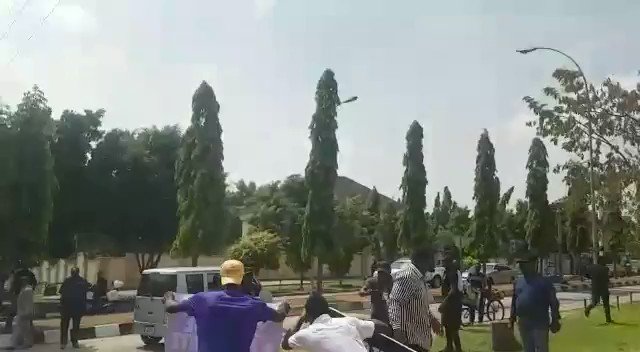 685 people are talking about this

FLASH: DSS Fires Gunshots At Peaceful Protesters Journalists And Others 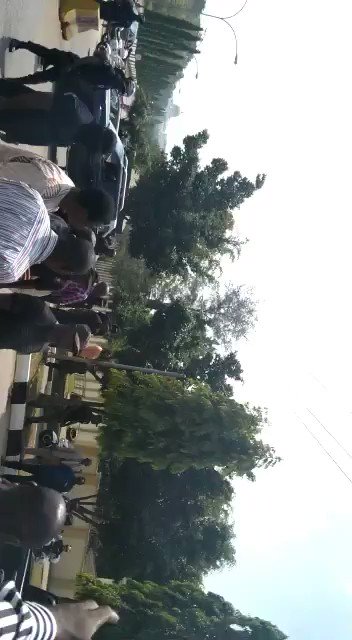 1,515 people are talking about this

Prior to Tuesday’s protest, it will be recalled that Femi Falana (SAN), had accused the Department of State Services (DSS) of preparing a fresh charge against Omoyele Sowore, convener of the #RevolutionNow Movement.