Days after US air strike killed a top Iranian military officer at Baghdad International Airport which has generated argument and controversy, a video showing a yet-to-be identified man raising a red flag over the dome of Masjid e-Jamkaaran.

ELIOLOADED learnt that whenever red flag is raised, it is believed to indicate that a battle is ongoing, pledging severe revenge.

Inside the video, the yet-to-be identified man can be seen holding a red flag and another man dressed in uniform can be seen following him holding a substance.

Recall that thousands of Iranians stormed the streets of Baghdad to mourn the loss of the General Qaseem Soleimani, yelling and chanting “America is the great Satan”.

The Supreme leader of Iran, Sayid Ali Khamenei and the President of Iran, Hassan Rouhani visited the family members of the top military officer who was killed by the US air strike and the President reportedly told Soleimani’s daughter that everyone will take revenge.

While reacting on the development, one of the Iran fire brand clerics, Ahmad Khatani has disclosed that Iranians will take revenge at any level they wish.

Presumably for the first time, a Red Flag over the dome of Masjid-e-Jamkaraan in Qom #Iran has been raised. This red flag is believed to indicate that a battle is going on, pledging severe revenge. 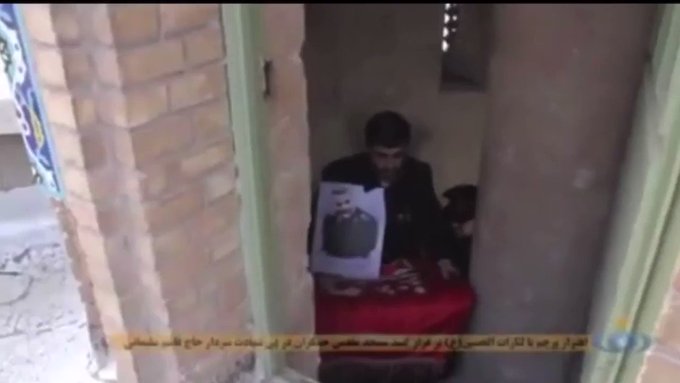 618 people are talking about this

#Iran
Thousands chanting “America is the Great Satan” marched in Baghdad,
Khamenei visits family members of the killed general & Rouhani told #Soleimani’s daughter that “everyone will take revenge,”
A red flag flying on Jamkaran mosque of Qom, symbolizing the duty of revenge. 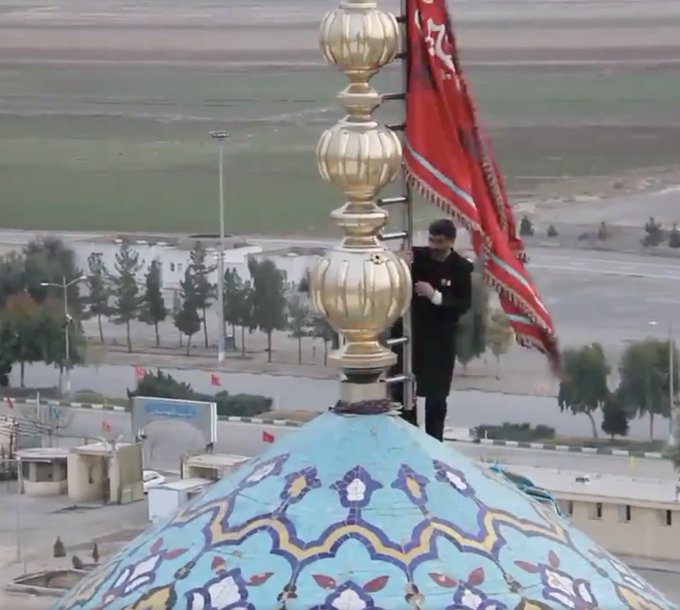